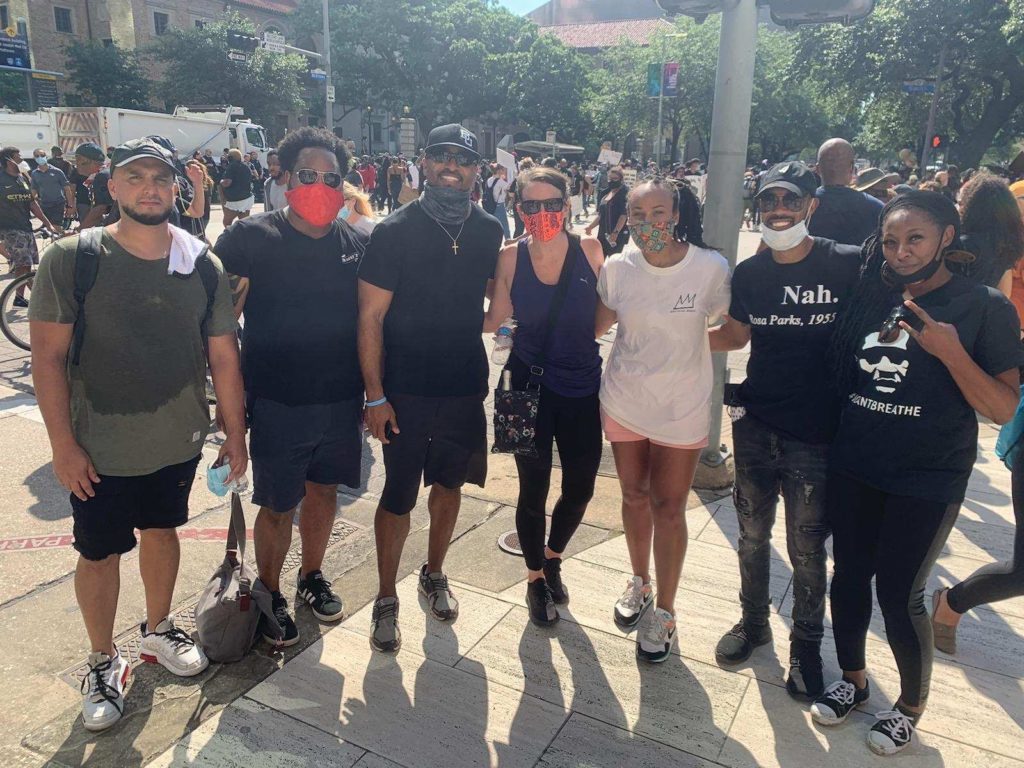 2020 has definitely proved to be a year of … awakening… on a personal and global level.  I think the first tip-off was Kobe’s passing.  He was such an influence of our day and accomplished so much at such a young age that he was admired by many and his absence is greatly felt.  Then in just a few weeks, Corona spread across the entire world.  It came and changed the way we interacted with every individual we came across.  It made us stop and be still.  It pushed us to cling to something bigger than us… it pushed us to come back to God.  It became a time to create that space for Him and acknowledge and understand His will for us. We longer had the control… or rather, we had to let go of the illusion that we were in control.  We had to release our tight grip and let it all go.  Our plans, our agendas had to be put on hold… and we had to look within to see if that agenda aligned with our true selves.  Our routines of work, gym, sleep had to stop.  We had to make a real connection with those we lived with instead of just passing by.  We had to talk again.  We had to mend what was broken… or what was left unsaid.  We had to come face to face to those inner demons and let go of traits that stemmed from past hurts and pains… and make an effort to heal.

Healing… purging of what’s not aligned with my true self has been my agenda these days. I no longer want to be surrounded by anyone that makes me feel lesser than myself. And I certainly don’t want to be the culprit of anyone feeling lesser than themselves.  As Corona starts to decline a bit, the fear and the cases, the incident with George Floyd springs up.  All eyes on this incident, no sports, concerts to cloud our sensories to this explicit scene of racism.  George Floyd, a native of Houston, hit close to home.  The men in my family could have been George Floyd, and the incident with Breonna Taylor… well that could’ve been me.  Creating personal narratives pushed the whole nation to fight for justice for all those black lives that were ended because of racial discrimination.  Black dead bodies continued to increase, while those that killed them were still alive and free.  What is this?  I’m not one to stand up with a microphone and speak, I avoid even speaking up in my faculty meetings but this incident ignited something within and I couldn’t just stay at home and watch Netflix anymore.  I needed to do something.  I spent quite a few days crying over all of this… I was overwhelmed with social media newsfeed, posts, and IG stories.  Yet something hit me and I realized I didn’t want to cry anymore… I needed to do something, even if it was simply being present at the rally for George Floyd. It just seemed right… I needed to do my part. I am not a politician or celebrity… but a human being.   What was done and still being done is inhumane.  You just don’t treat people like that… and the origin of all this stems from skin color… hate… wickedness.

I watched the funeral of George Floyd and I was truly moved by Al Sharpton’s eulogy.  He recited the following scripture:

“For we wrestle not against flesh and blood, but against principalities, against powers, against the rulers of the darkness of this world, against spiritual wickedness in high places.” Ephesians 6:12  KJB

He explained there is plain out wickedness within individuals that execute these acts of hate.  He reminded us that the physical actions stem from something more powerful, the spiritual.  I had heard the verse before and but in these times the scripture weighed heavy on me… I needed to cling to the spiritual in order to fight this.  I needed to look within and have Him search me… is there darkness in me?  Do I hold any prejudices?  I need to seek him and ask for His guidance in every area of my life… and love like Him.  The spiritual fight must occur before the physical fight…. extend HIS peace and HIS love to ensure the physical fight is won.