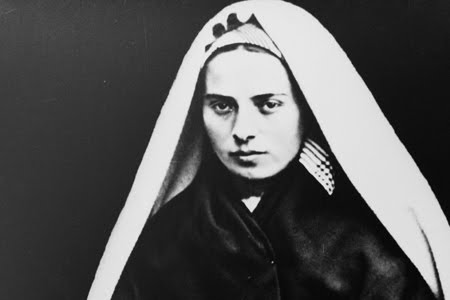 Near the end of last year I had a bit of fear within me.  This fear stemmed from being led to do some crazy things.  I was led to travel with very little money and meet with professionals in the entertainment industry.  I was scared.  Is this going to work out?  Can I be on my own again?  When I arrived to the new city, it was as if angels guided my every step.  I was aquainted with helpful people and had this overwhelming peace within me.  I was okay.  I had a scheduled meeting at 11am but made it to the office around 9:30am, which proved to be good timing because I was able sign contracts, then head to hair and make-up for a photoshoot, and made it just in time to catch my flight back home to Houston.  The short trip seemed so surreal because everything was just right…I mean even the weather was perfect.  I didn’t even have to fill up the tank of the rental car I used, it stayed on full.  It was all so weird how it all worked out perfectly and I simply went by divine instruction… no questions asked.

I recently watched the movie The Song of Bernadette.  I am not sure why I chose to dvr the movie.. maybe I was led to do so.  I watched the film a week or so after the trip and I sensed that there was this push towards “crazy”.  St. Bernadette was not the best student at her catholic school and her family was very poor, so she was not the perfect candidate to be on any platform… until one day while she was gathering bushels as she always did, a vision of Mary appears to her in the grotto.   She kneels down to her presence and heeds to the request of coming to this same site for a number of days to recieve divine messages.  She has told only her family but then word spreads throughout the city that she has seen a vision of Mary.  Some think she is crazy, while others are drawn to go with her to the sacred grotto.  In time, she is questioned by city officials and even tested by doctors for insanity, yet the clergy stands behind Bernadette. She follows through with coming to the sacred spot for a number of days as the vision requested and each time she is accompanied by more and more people.  People start to believe.  However, on one occasion Mary tells Bernadette to drink from the spring and wash her face with the water.  She begins to look around but there was no spring for her to drink from. Mary then leads her to a certain spot and tells her dig.  Bernadette digs and muddy water appears.  She begins to drink and wash her face with the muddy water.  This was not a clear water spring… she was washing her face with dirt… she only did what the vision of Mary told her to do.  The huge crowd walked away, thinking she was crazy and her own mother carried her away.  Yet, later on that day water began to flow from the hole she dug and it eventually became a waterfall.  A waterfall with healing power.

After seeing the movie, I had decided to make St. Bernadette my patron saint.  I admire her strength to follow through.  She didn’t care what people thought of her, she only cared about what God thought of her.  Even when she was given the message to do something crazy, she had the faith that she would be well taken care of.   In fact, when she followed through with Mary’s request, her family was also well taken care of.   And in all the questioning and accusations, she held her ground and was then put on a platform to bring people back to Christ.  The movie definitely confirmed my recent actions.  It was crazy to travel like that, I mean I didn’t even want to tell my parents because it sounded so crazy to do this right now, but I had a knowing that God was with me on this.  I think I am called to do some crazy things right now and maybe it’s all part of the testing.  I know His life, what He can do, and have taken what was blocking me from Him, now I must utilize all that have learned thus far and go at it… even when it doesn’t make any sense.