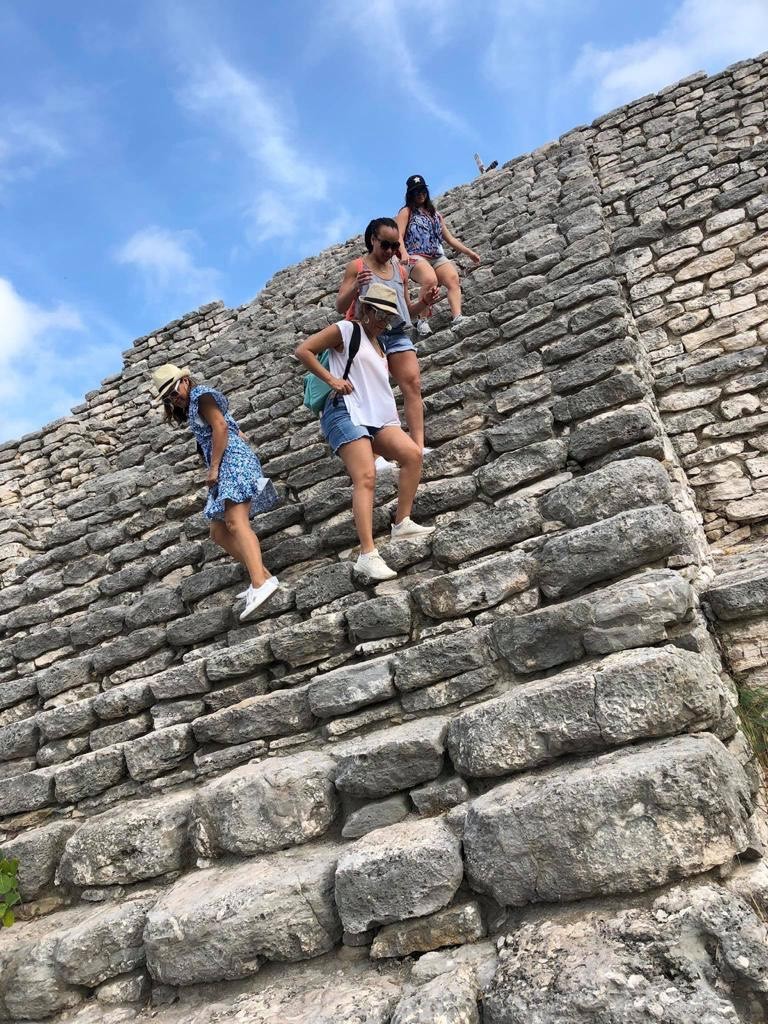 So after “The Holiday Disconnect,”  I feel freer and lighter.  I don’t have this heaviness on me anymore… more at peace.  I posted this pic last weekend, and I have to admit I checked the post quite a few times to see who liked it.  I went back to my old ways.  I decided I would ration out my time on social media, only check it on the weekends.  It was kind of weird to be totally disconnected to everyone.  Every now and then I would ask my sister about a few people, we have over 300 mutual friends.  But overall, I was okay not knowing the play by play of people’s lives.  When I heard from them via text or saw them face to face I caught up with them then, and I was cool with that.  I needed this time to work.

I made some strides too! I finished the play I started and actually submitted it to a play festival.  I spent most of the time editing the play: printing it out quite a few times to use my red, flair pen to add dialogue or cross out unnecessary details.  In those edits, I was able to build, refine the characters a bit more, and raise the stakes a bit more.  Along with editing my play, I came across a play that was similar to mine.  The subject matters were not at all the same, but the layout… Yeah, I guess, the layout of the whole piece was quite similar.  Characters were doubled, and the lines were somewhat in code, holding a deeper meaning.  The movement of the play was very much in movements, not in Acts, or scenes… but in physical shifts.  The piece did have the technical parts of a play: a plot, rising action, climax, and resolution, but not a clear linear story… similar to mine.  So, it was kind of refreshing to see that this play was published and has been performed across the world.  It gave me hope that maybe I had a chance.

I read my play aloud to my sister and the first thing she said, “Hmmm that’s sound familiar.”  I just laughed and said, “You write what you know.”

I saw the latest version of the Little Women movie (I prefer the older one featuring Winona Ryder) while I was in this whole editing phase, and more inspiration came about.  The character Joe had this drive to write so badly that she would stay up all night to finish up one of her stories.  I don’t think I ever had that drive, but I did feel like I had work to do and it was now time to start.  I had been sleeping on this for too long. God constantly surrounded me with writers… oh, and one of my writer friends actually called me during this whole break.  We met in New York while working at the same art museum.  He had always had his writing in tow and did quite a few writing residencies.  After ten years, we have still kept in touch.  When I moved back home, ten years ago, he stayed over my parent’s house when he and his wife were moving from NY to the west coast.  And just two years ago when I was in Orlando for spring break, I spent some time with his family… they now live in Orlando. In the course of our friendship, he has managed to publish quite a few of his works and make a short film.  We kept in touch through emails and a phone call here and there… he’s not on social media, which I now understand.  It just gets in the way sometimes.

It’s crazy because when I was younger, writing/ reading was like second nature.  It was therapeutic and my coping mechanism for anything and everything I went through.  Although, I did throw away quite a few of my journals when I moved back to Texas… they were a bit depressing… as if a black cloud was hovering over me.  I’m glad I used my writing to get it out of my system at the time but I had no need for them now.

Inspiration kept me coming, and it helped a lot especially when I had to revisit those dark places.  Even when tears came down my eyes I knew I needed to keep going.  My past served as my inspiration: the old conversations turned into dialogue and old relationships transformed into characters.  I saw my life transpire through the pages and saw the hidden messages throughout my life that lead me to be vulnerable… softened … as if to make me more malleable…

As timing would have it, I went on a cruise for my friend’s birthday … the cruise amplified this disconnect even more because I had no access to the internet for a few days.  I wasn’t going to pay an extra $20 a day just to check a few emails/ texts.  I was going to be just fine within a day or two when we hit land to make the appropriate replies.   It was the four of us and we seem to have the same agenda while on this cruise: Relaxation, positivity, and peace.  There was no drama in our interactions.  We listened to each other, we waited on each other, and we were patient with each other.  We even made time to do a bible study one morning.  One of my friends was reading a book while we were on the cruise and shared a few passages with me.  The book: What Happens When Women Walk in Faith by Lysa Terkeurst.  I ordered the book on Amazon when we hit home.

After the trip, I decided to start my day with a new chapter from the book.  And slowly, but surely it has motivated me to continue the work.  To have faith and just move from there.

Commit to the Lord whatever you do, and He will establish your plans.